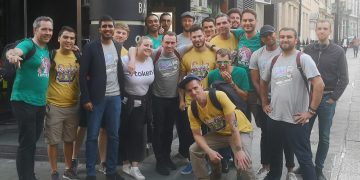 This ICO Startup Didn’t Die During Crypto Winter. It Has DAI to Thank

This ICO Startup Didn’t Die During Crypto Winter. It Has DAI to Thank 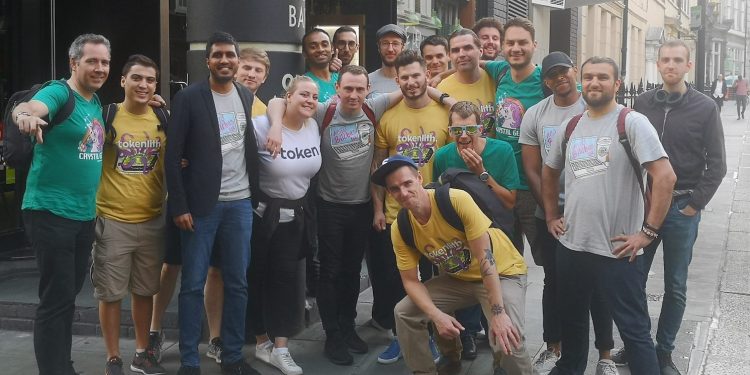 Monolith CEO Mel Gelderman told CoinDesk he wants to promote an “ethereum lifestyle,” starting with the way he runs his London-based token startup.

From his perspective, that lifestyle is about seeking financial solutions beyond traditional banks.

Since Monolith was funded by an initial coin offering (ICO) of TKN tokens that raised $16.9 million from retail investors in May 2017, Gelderman said his team turned the ICO proceeds into roughly $25 million worth of assets through prudent trading and collateralized debt positions (CDPs), using ether as collateral to take loans denominated in dollar-pegged DAI tokens.

“We’ve started to use the MakerDAO platform to hedge instead of selling our ether,” Gelderman said. “We’re deploying the economy itself to get [our goals].”

While a slew of ICO-funded startups ran out of steam in 2018 when the price of ether crashed, Monolith’s strategy provided the startup with plenty of runway.

The startup’s current assets include 80,000 ether (about $14.6 million) and a $10 million treasury of both 16 million TKN and approximately $3 million in fiat holdings. Lately, Monolith stopped trading and started collateralizing ether for DAI loans instead. And Gelderman is hardly the only entrepreneur taking this road.

Beyond MakerDAO CDPs, he’s also known startups that utilize similar loans from lending firms like Compound, which can earn 11 percent interest according to LoanScan.io. This buoys the broader system, at least for now, as people pay money back into these DAI loans rather than strictly liquidating DAI for fiat.

“There’s a lot of velocity of funds going back and forth,” Arentoft said.

He added that smart-contract-fueled services like Compound loans and Monolith wallets carry significant risk, because they rely on the security of that open-source software, rather than a custodial institution. As such, some entrepreneurs rely on smart contract insurance providers like Nexus Mutual, in case of a costly bug or mishap.

The regulatory setup is indeed the central question behind this experiment.

The initial white paper suggested Monolith, formerly known as TokenPay, would launch services in China and an automatic system for burning TKNs to cash-out a portion of the company’s earnings, held in an independent smart contract. Gelderman said the Chinese regulatory environment prevented the startup from offering products for that market so far.

However, Monolith worked with licensed Visa issuer and banking service provider Contis Financial Services Ltd to launch a working product for European crypto fans in May, a Visa debit card that allows users to indirectly spend DAI, ether, TKN, and several other tokens.

“We want to make anything in the ethereum economy usable in day-to-day life,” he said. “We’ve dedicated virtually all our money to engineering.”

The 24-person team currently employs 19 engineers, and their salaries are the company’s largest expense to date. Meanwhile, the global market cap of TKN has plummeted since the May 2017 ICO, with the token’s price dropping from $1.36 to $0.42, according to CoinMarketCap. Etherscan tallied a peak of 261 unique monthly TKN users in June 2019.

Next on the roadmap, Monolith plans to integrate various financial services, including loans and insurance.

“These are people who are super over-invested into this industry, that’s who we built the product for,” Gelderman said, adding that so far card users have conducted roughly €100,000 worth of transactions.

“That turns the debit card into a card capable of credit,” said Arentoft, a Monolith card user himself.

Users simply add tokens to the firm’s custodial wallet app and select how much of each they’d like to use to “top off” their debit cards. On the backend, Monolith trades those assets and puts the equivalent fiat value on the cards. Merchants receive British pounds or euros, depending on the jurisdiction.

As for the ICO token itself, small transaction fees are collected from wallet users and distributed to TKN holders. These then send their tokens to the fee-collecting smart contract for destruction (or burning). This means, for example, if a TKN holder burns 100 tokens in this fashion she might receive an equivalent value of ether, DAI and DGX, depending on what users spend with their cards. Gelderman said he expects usage to increase since the token-burning smart contract just went live this month.

“A dividend operates on a regular basis while our system destroys the TKN, so it’s a one-time usage,” Gelderman said.

Although this may qualify as an asset where the user expects “entitlement to profit-share (like dividends), revenues, or other payment or benefit of any kind,” according to the U.K. Financial Conduct Authority’s definition of crypto securities issued in July 2019, so far Gelderman’s team has built many of the capabilities described in the original white paper. People can also spend TKN using the Monolith debit card, just like ether.

“Most of our users were contributors to our crowd sale,” he said, adding:

“A year from today, someone should be able to cancel their bank account and get everything they need from the ethereum economy.”