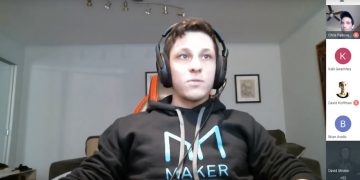 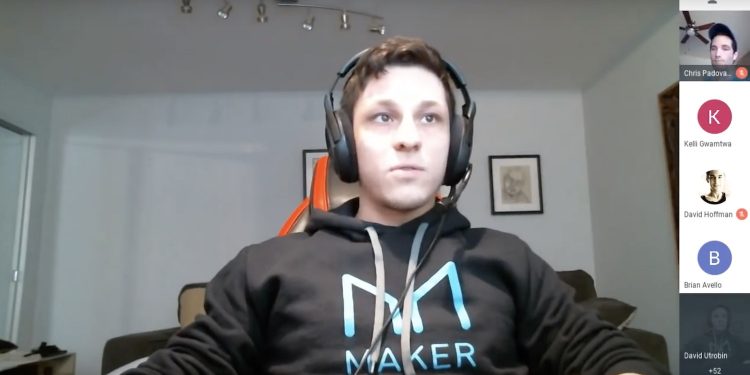 Who runs the MakerDAO Foundation?

Questions over an ongoing board shakeup flamed tensions Tuesday during a weekly community call, with participants asking pointed questions about who controls a $190 million pot of MakerDAO governance tokens.

Stepping back, the MakerDAO Ecosystem Growth Foundation, or MakerDAO Foundation for short, is a non-profit entity that launched the dollar-pegged stablecoin DAI back in December 2017 along with a programmatic loan system to keep the value of DAI stable.

As stated in a recent blog post, the foundation “is tasked with bootstrapping the system to ensure that it can survive as a fully decentralized organization.” There are nine board members who oversee development funds for the network, which account for roughly 27 percent of all MakerDAO governance tokens in existence.

The identities of those nine board members have never been disclosed.

In another blog post, the foundation announced Monday that its board would be reconstituted to not only include “technical members” but “a decentralized community of stakeholders.”

“We think it would be better to have more industry professionals with deeper business experience sitting on the board,” MakerDAO Foundation general counsel Brian Avello told CoinDesk.

During yesterday’s community call, Avello faced some tough questions about the nature of the foundation’s organizational structure – the most pointed of which came from a former legal advisor to the MakerDAO Foundation itself, Chris Padovano.

Padovano asked when the bylaws of the foundation would be publicized, whether correspondence from board members could be released and if the foundation’s proprietary trading desk is a for-profit initiative.

No concrete answers were given by Avello. When pressed specifically about board member correspondence, Avello responded to Padovano curtly (and in the third person):

“Chris, this isn’t Brian’s deposition here where you’re given the opportunity to try to paint me into some sort of corner. I’m telling you my answer is I can’t discuss those matters.”

When asked about why there was a need to remove certain individuals from the board, Avello admitted he was not at liberty to discuss such matters on a public call. To this, MakerDAO Foundation head of communications Mike Pocarno told CoinDesk after the call that the lack of full transparency here was “pretty traditional for most organizations” and that “in many cases, there are requirements based on employment law about what you can and cannot discuss.”

On the matter of board member identities, Avello did explain during the call that the specific reasoning for not disclosing information was for security reasons. Publicizing the identities of people who sign off on transactions from the multi-signatory developer fund would be a “security risk,” Avello said.

“Guys, I really do have to do a lot of work today [but] I’m more than happy to come back,” said Avello when asked by call participants if he could stay on to answer further questions about the foundation’s board and its finances.

MakerDAO Foundation core community lead David Utrobin agreed it would be best to continue the Q&A session during next week’s meeting.

Having upped fees a total of four times in the past three months, head of community development Richard Brown said during Tuesday’s call that he was “reasonably sure” such increases would continue until the DAI-to-U.S. dollar peg returns to parity.

“It feels like the idea now is that every single week on Monday a poll goes out with a default range [to increase the stability fee] and then we collect the community sentiment and then we have an executive [vote] on Friday,” said Brown.

“Tensions are high and this is an important subject. Arguably, from my opinion, it’s literally the most important thing we do at MakerDAO is the stability of the peg. Everything else flows from that.”

The final results of this week’s community vote will be discussed during a scientific governance and risk meeting on Thursday. Members of the MakerDAO risk team are expected to also share during this meeting a detailed analysis of current DAI-to-USD trends.