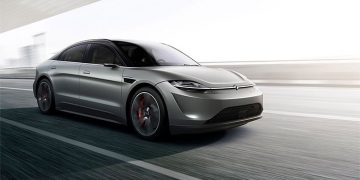 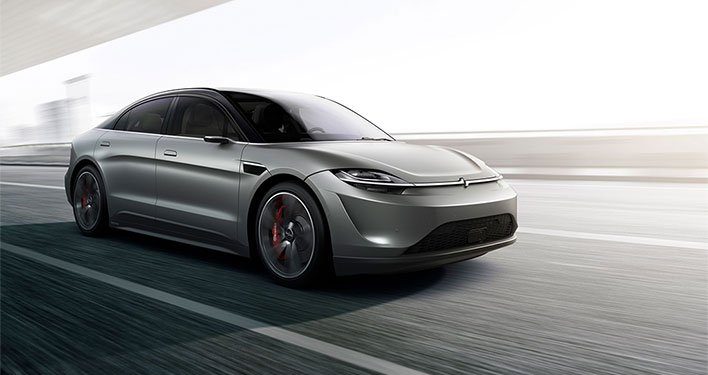 Sony announced a car – a real, physical vehicle with wheels and seats – at CES 2020 and everyone is losing their minds. Obviously, this car, called the Vision-S, is a prototype and you probably won’t be going down to Best Buy to pick up some USB-C cables and a new Sony whip. But the simple fact remains that an electronics and software company is moving into real-world mobility.

“This prototype embodies our contribution to the future of mobility and contains a variety of Sony’s technologies,” said Sony CEO Kenichiro Yoshida. In other words, Sony wants a seat at the mobility table. In fact, since it launched this vehicle first it could be a major player. But the fact that it released this model at CES and in 2020 before anyone else will set a trend that will force other players to reveal their work.

There is a school of thought that believes the future of cryptocurrency and blockchain happens when robots begin paying robots. These robots might be cleaning our houses, taking care of our elders or driving us around. Cryptocurrency becomes the value transfer medium in this scenario and all of the sensors, computers and systems associated with washing our floors or getting us around connect to the worldwide internet of value and, in the end, supplant most payment methods.

Car manufacturers probably won’t play ball. Car sales and car manufacturers depend on a few things, the primary one being that a human will buy an expensive hunk of steel and spend quite a while behind the wheel. Sony and Apple and Intel and countless mobility startups aren’t harnessed to that antiquated notion. To them, cars are computers. The Sony car is packed with sensors – lidar, radar and cameras – and 360-degree audio with a huge, wraparound screen to entertain the driver. It is, in short, the beginning of a car-creation model that pulls the industry out of the 1900s and into the 2000s.

The electric vehicle is built on Sony’s own platform, which it plans to use in multiple body configurations. It has a reported zero-to-60-mph time of 4.8 seconds, according to Car and Driver, and a max speed of 149 mph. It’s a real car with real power.

We know very little about Sony’s future car plans and the concept model is far from ready for the market. But eventually, this car and many like it will be communicating with each other wirelessly and negotiating traffic automatically. Your wallet will take a hit if you want to get somewhere faster  —  your car will pay another car to get ahead of them  —  and you’ll spend or even earn if you can spare a few more minutes on the road. Roads themselves will request tolls for maintenance and, as we sit in relative comfort, we’ll be making requests for applications, educational materials and entertainment. And, if Facebook, Apple and Amazon have their way, we won’t be swiping a credit card.

All of this assumes Sony and Apple and Google and Amazon are all thinking the same thing. Thus far, it seems they are. They are computing companies. Computing is built on open standards, and anything traditional car manufacturers do to prevent that openness will earn them a spot outside of the network. The new driverless, self-negotiating cars will also face driver resistance. Maybe we’ll have a future where petulant car lovers boast they are both “rolling coal” and “rolling meat” by driving their antiquated vehicles manufactured before, say, 2025. But anything that stands in front of the onslaught of driverless, constantly negotiating vehicles will be run over.

In the end, maybe this Sony car is a random pop on the future’s horizon. Or maybe it’s something else: the beginning of a firework show that will truly take this extremely nascent technology mainstream. All we can say right now is people are excited about what’s to come.