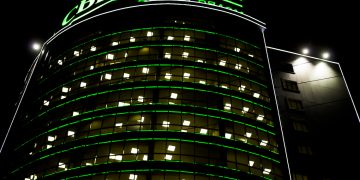 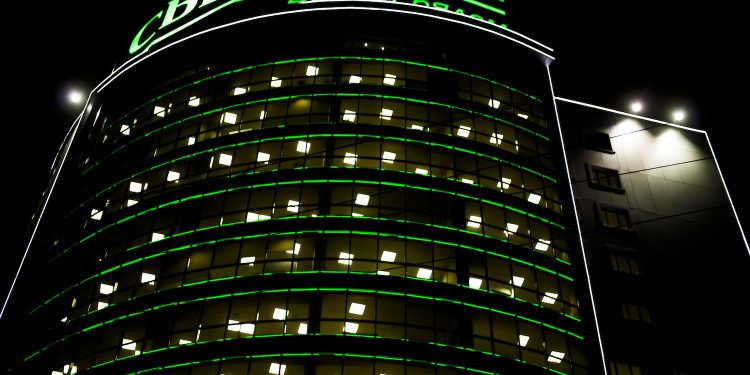 Masterchain, the bank blockchain project developed under the auspices of the Russian central bank, is missing the mark, the project’s key participant told CoinDesk.

Sberbank, the largest bank in Russia, has decided to wind down its participation in Masterchain, said Oleg Abdrashitov, head of the institution’s blockchain lab. Calling the system inefficient, insecure and slow, Abdrashitov said his bank will shift its blockchain work to other, more widely used enterprise platforms.

“Masterchain does not satisfy the requirements for Sberbank’s use cases, so for all future exploration we will use enterprise blockchain platforms such as Hyperledger Fabric or Quorum,” Abdrashitov said.

In an interview last month, Abdrashitov offered a rare window into the discreet world of enterprise blockchain projects, where dissatisfied participants usually exit projects quietly. His candor is especially notable coming from such a large player: Sberbank commands a 50 percent share of the Russian mortgage market, the focus of Masterchain’s initial use case.

Masterchain was launched in 2017 by the FinTech Association (AFT) — an entity itself founded that year by the Bank of Russia, the country’s central bank. The blockchain project had the support of the five largest banks in the country: Sberbank, Alfa Bank, VTB, Raiffeisenbank Russia (a subsidiary of the Austrian Raiffeisen) and Otkritie.

The cost of Masterchain’s development is not public. However, according to earlier public disclosures, the 13 members of the Fintech Association are paying $120,000 to $230,000 a year to participate, which means the project may have burned through a couple million dollars over the last two years.

Neither the Bank of Russia nor the AFT responded to requests for comment by press time.

Masterchain’s trial use case – a decentralized depository system for digital mortgage bonds – makes a lot of sense for banks, Abdrashitov said. The National Settlement Depository (NSD) is charging a fraction of a percent of the value of every mortgage bond it’s keeping as a custodian, but for Sberbank it means millions of dollars every year.

A decentralized system, on the other hand, requires investment at the stage of building, but once working, it would be much cheaper to use, Abdrashitov said.

Just not this system.

For starters, the Masterchain mortgage pilot, started last fall, was supposed to go into production, or real-world deployment, next month, but it’s unlikely to be ready that soon due to slow technical development on the part of the FinTech Association, Abdrashitov said.

“We have not received a new release of the Decentralized Depository System from AFT yet and haven’t tested it, so the proposed July start date is in question,” he said.

Eugenia Ovchinnikova, Raiffeisenbank Russia’s head of tech research and digital innovation, confirmed that there is no date for the production launch currently.

Part of the problem, according to Abdrashitov, is that Masterchain is not, to borrow a phrase from U.S. regulators, sufficiently decentralized.

Supervised by the central bank, Masterchain is private and permissioned by design. In other words, the blockchain is visible only to participants and only approved parties can run a node to verify transactions, unlike bitcoin or ethereum, where the ledger is public and anyone can download the software.

That in itself wasn’t an issue for Sberbank, but Masterchain became too centralized even for this format, Abdrashitov said, as “its operation fully depends on the FinTech Association’s central server that controls mining and consensus.”

Like ethereum, Masterchain requires participants to pay gas, or small amounts of the native digital currency, for transactions, which isn’t the case on the major enterprise platforms Sberbank is now gravitating toward.

But in Masterchain, tokens for paying gas are distributed by the association’s node, Abdrashitov said, and if Sberbank’s node needs more and starts mining itself, it gets switched off the network. Nobody ever explained to him why or by what principle this happened, he said.

Raiffeisen spokeswoman Angelina Krutova said the tokens for paying gas have been distributed among participants for free, and the wallets are refilled from time to time automatically. However, she said, network participants don’t have to rely on AFT for tokens, as they can share them with each other.

The system is also very slow, Abdrashitov said. One mortgage bond, in the form of a 30-kilobyte zip file, takes three minutes to upload into Masterchain.

“Business people are not used to dealing with something where you push a button and then you go take a break [until it works],” he said. “The leadership is looking at that and gets disappointed in the blockchain tech. We are spending shareholders’ money [on blockchain exploration]. We need solutions that are practical.”

The reason for this sluggishness, according to Abdrashitov, is that Masterchain is basically public ethereum’s architecture put in a permissioned environment for a closed network of five participants.

Further, the system is not secure for a small network of just a handful of nodes, Abdrashitov said. “Proof-of-work systems are good for thousands of participants, but if there are only five, it’s easy for one of them to rewrite the ledger.”

The product is so unreliable that when it enters the production phase, Sberbank plans to use both Masterchain and the legacy system, so that the experimental tech layer has a secure backup and the operation doesn’t collapse.

It also turned out that it’s impossible to use Masterchain for several purposes at once: for every use case, a new network has to be rolled out, Abdrashitov said. It’s frustrating the project is in such a condition, he said, as the system would be viable if the developers did just one thing from the very beginning: replace the proof-of-work consensus with an enterprise-friendly one.

Sberbank, which is about 50 percent owned by the Bank of Russia, is examining enterprise platforms like Hyperledger Fabric and Quorum (initially developed by IBM and JPMorgan, respectively) for future exploration of use cases like over-the-counter trading, trade finance, payments and mortgage lending, Abdrashitov said.

The bank has conducted several pilots on Fabric: it issued bond certificates for the Russian telecom company MTS; repurchase agreements, starting with one for the investment company Interros; and a trade finance project with electronics retail chain M-Video and its suppliers.

Raiffeisen is also trialing multiple platforms in parallel with Masterchain, Ovchinnikova said, including Fabric, R3’S Corda and Raiffeisenbank’s proprietary ethereum-based framework, dubbed R-chain. She wouldn’t say whether the bank is prioritizing any platform.

As for Masterchain, Ovchinnikova sounded more sanguine than Abdrashitov about the initial setbacks, concluding:

“We’re ok with the fact that the very first trials of the new technologies don’t look close to what’s required on the production stage.”