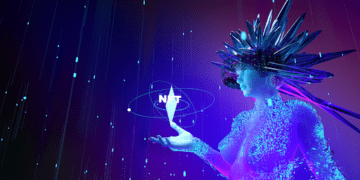 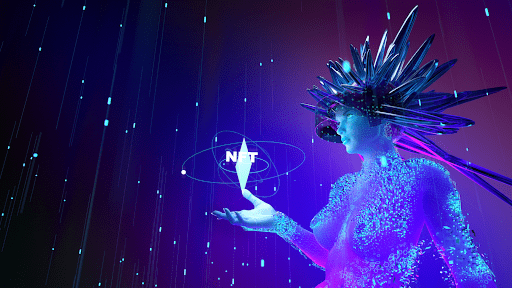 If someone had said half a decade ago that the global crypto economy would bloom and reach trillions of dollars in value, they would have been scoffed at, and the person making the statement would have been labeled as delusory. By 2021, the digital asset market will have surpassed a $3 trillion market cap, which is incredibly significant considering the industry is only a decade old. Additionally, despite the fact that gold has been used as a store of value (SOV) and a tradeable commodity for millennia, the sector has already accumulated around 25%+ of gold’s total net cap in its brief life.

However, among the numerous innovations that have emerged from this rapidly evolving space — such as stablecoins and decentralized finance (DeFi) — non-fungible tokens (NFTs) have arguably been the most prominent, with the combined market capitalization of this relatively niche’ market already exceeding the $7 billion mark. Prior to continue, it is necessary to clarify precisely what these offerings are. In this sense, NFTs are effectively digital receipts for a variety of goods, including physical paintings, JPEGs, music, films, and even real estate.

NFTs have quickly gained traction among a growing number of celebrities due to their ability to help owners maximize revenue and earning potential — primarily by eliminating financial intermediaries — with prominent media personalities such as John Cena, Shawn Mendes, and Paris Hilton (among others) turning to these unique offerings in recent months.

The NFT market needs even more transparency… Here’s Why

While the NFT market has evolved significantly since its beginnings, it is still mostly governed by the whims of a few select platforms such as OpenSea, Rarible, and others. In this sense, it’s worth noting that ecosystems like OpenSea are highly centralized, as was demonstrated earlier this year when it was discovered that one of the company’s employees was illegally using non-public, sensitive client data to aid insider trading.

In a slightly related episode, it was shown that OpenSea‘s native design has certain inherent flaws that might allow unscrupulous third-party agents to siphon off one’s crypto funds via malicious NFTs. As a result of these challenges, an increasing number of crypto aficionados are migrating to alternatives such as Infinity, an all-in-one NFT marketplace designed to address all of the aforementioned issues.

Indeed, just from an operational and functional aspect, it is worth noting that Infinity charges users an incredibly low transaction cost of 1.5 percent, compared to 2.5 percent charged by OpenSea. As if that weren’t enough, all internal fees earned by Infinity are returned to its community-controlled DAO, in direct contrast to OpenSea’s financial strategy, which retains earnings and distributes them to its crew.

Despite the fact that they are currently underutilized, the programmable nature of NFTs is quickly gaining popularity around the world. The reason for this is that by utilizing this specific component of these products, it is feasible for NFTs to not only be transferred and kept by others, but they can also be utilized as collateral and traded across a variety of prominent marketplaces. Additionally, they assist in the delivery of a variety of operational benefits to their respective owners, such as programmed time locks, value-based unlocks, digitally controlled vesting schedules, and so on.

Not only that, but programmable NFTs also enable users to create advanced index funds that are capable of supplying accurate data while remaining versatile in terms of their overall design and utilitarian configuration. It is completely compatible with these specific types of NFTs, allowing users who are interested in joining an extremely decentralized crypto environment to do so in an easy and seamless manner.

Finally, Infinity intends to establish a DAO-controlled marketplace, protocol, and treasury that will be entirely governed by the whims of its ever-growing community of members, who will not only have a say in the platform’s day-to-day operations and overall development, but will also be entitled to a share of the protocol’s financial success.