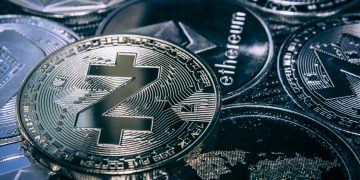 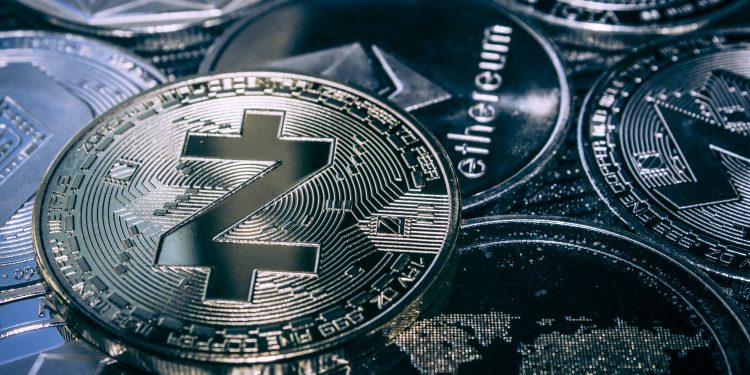 Over 200 people gathered in Croatia for Zcon1, organized by the nonprofit Zcash Foundation, while roughly 75 attendees gathered in Denver for the first Monero Konferenco. These two privacy coins are fundamentally different in a variety of ways on clear display at their respective events.

Zcon1 had a gala dinner with a seaside backdrop and programming that displayed close relations between companies like Facebook and the zcash-centric startup Electronic Coin Company (ECC), as evidenced by Libra being widely discussed with team members in attendance.

The quintessential funding source that distinguishes zcash, called the founder’s reward, became the center of passionate debates during Zcon1.

This funding source is the crux of distinction between zcash and projects like monero or bitcoin.

Zcash was designed to automatically siphon off a portion of miners’ profits for creators, including ECC CEO Zooko Wilcox. So far, this funding has been donated to create the independent Zcash Foundation, and support ECC contributions to protocol development, marketing campaigns, exchange listings and corporate partnerships.

This automated distribution was scheduled to end in 2020, but Wilcox said last Sunday he would support a “community” decision to extend that funding source. He warned that otherwise ECC might be forced to seek revenue by focusing on other projects and services.

Zcash Foundation director Josh Cincinnati told CoinDesk the non-profit has enough runway to continue operations for at least another three years. However, in a forum post Cincinnati also warned the non-profit shouldn’t become a single gateway for funding distribution.

The amount of trust zcash users place in the asset’s founders and their various organizations is the primary criticism levied against zcash. Paul Shapiro, CEO of the crypto wallet startup MyMonero, told CoinDesk he’s not convinced that zcash upholds the same cypherpunk ideals as monero.

“Basically you have collective decisions instead of individual, autonomous participation,” Shapiro said. “There’s been perhaps not enough discussion about the potential conflicts of interest in the [zcash] governance model.”

While the simultaneous monero conference was much smaller and slightly more focused on code than governance, there was significant overlap. On Sunday, both conferences hosted a joint panel via webcam where speakers and moderators discussed the future of government surveillance and privacy tech.

The future of privacy coins may rely on such cross-pollination, but only if these disparate groups can learn to work together.

One of the speakers from the joint panel, Monero Research Lab contributor Sarang Noether, told CoinDesk he doesn’t see privacy coin development as a “zero-sum game.”

Indeed, the Zcash Foundation donated almost 20 percent of the funding for the Monero Konferenco. This donation, and the joint privacy tech panel, could be seen as a harbinger of cooperation between these seemingly rival projects. Cincinnati told CoinDesk he hopes to see much more collaborative programming, research, and mutual funding in the future.

“In my view, there is a lot more about what connects these communities than what divides us,” Cincinnati said.

Both projects want to use cryptography techniques for zero-knowledge proofs, in particular a variant called zk-SNARKs. However, as with any open-source project, there are always trade-offs.

Monero relies on ring signatures, which mix small groups of transactions to help obfuscate individuals. This isn’t ideal because the best way to get lost in a crowd is for the crowd to be much bigger than ring signatures can offer.

Meanwhile, zcash setup gave the founders data often called “toxic waste,” because the founding participants could theoretically exploit the software that determines what makes a zcash transaction valid. Peter Todd, an independent blockchain consultant who helped establish this system, has since been an adamant critic of this model.

In short, zcash fans prefer the hybrid startup model for these experiments and monero fans prefer a completely grassroots model as they tinker with ring signatures and research trustless zk-SNARK replacements.

“Monero researchers and the Zcash Foundation have a good working relationship. As for how the foundation began and where they’re going, I can’t really speak to that,” Noether said. “One of the written or unwritten rules of monero is you shouldn’t have to trust someone.”

“If certain people are dictating large aspects of the direction of the cryptocurrency project then it raises the question: What is the difference between that and fiat money?”

Stepping back, the long-standing beef between monero and zcash fans is the Biggie vs. Tupac divide of the cryptocurrency world.

For example, former ECC consultant Andrew Miller, current president of the Zcash Foundation, co-authored a paper in 2017 about a vulnerability in monero’s anonymity system. Subsequent Twitter feuds revealed monero fans, like entrepreneur Riccardo “Fluffypony” Spagni, were upset by how the publication was handled.

Spagni, Noether, and Shapiro all told CoinDesk there are ample opportunities for cooperative research. Yet so far most mutually beneficial work is conducted independently, in part because the source of funding remains a point of contention.

Wilcox told CoinDesk the zcash ecosystem will continue to move toward “more decentralization, but not too far and not too fast.” After all, this hybrid structure enabled funding for fast growth compared to other blockchains, including the incumbent monero.

Some fans of both projects see the benefits of that collective approach. Zaki Manian, head of research at the Cosmos-centric startup Tendermint, told CoinDesk this model has more in common with bitcoin than some critics care to admit.

For example, Manian pointed out the wealthy benefactors behind Chaincode Labs fund a significant portion of the work that goes into Bitcoin Core. He added:

“Ultimately, I would prefer if protocol evolution was mostly funded by the consent of token holders rather than by investors.”

Researchers on all sides acknowledged their favorite crypto would require significant updates in order to deserve the title “privacy coin.” Perhaps the joint conference panel, and Zcash Foundation grants for independent research, could *inspire* such cooperation across party lines.

“They’re all moving in the same direction,” Wilcox said about zk-SNARKs. “We’re both trying to find something that has both the larger privacy set and no toxic waste.”

The State of Cryptocurrency-Stealing Malware and Other Nasty Techniques