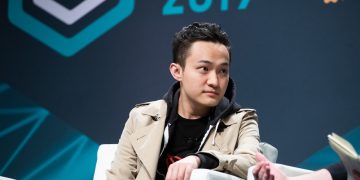 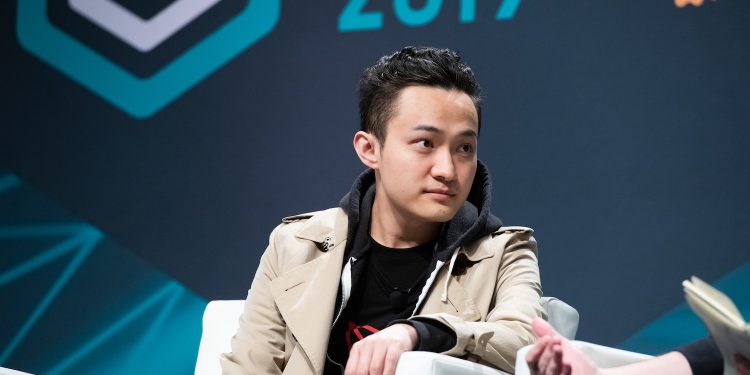 A lawsuit accuses the frontman of the TRON cryptocurrency and his business associate of harassing and firing two employees, allegedly as payback for the employees’ objections to management practices and applications of the technology they were developing.

In a 70-page court document filed in October in California state, Richard Hall, 50, and Lukasz Juraszek, 28, said they put up with escalating hostilities on the job that culminated in their termination last summer from BitTorrent, a file-sharing service that combined with the TRON Foundation in a $120 million sale two years ago.

The TRON Foundation is the main sponsor of the TRON cryptocurrency. Justin Sun, TRON Foundation’s 29-year-old founder and CEO, and Cong Li, 37, the head of engineering, are named together with the companies as defendants in the lawsuit, made public last week.

According to the lawsuit, Sun berated Hall with derogatory exclamations to pressure him into fast-tracking BitTorrent software releases. On other occasions, Juraszek claimed, Sun slapped Li and was never disciplined for it, and Li appeared to have physically hit a manager whom he allegedly had a pattern of verbally attacking in person and in group chats.

“Lukasz Juraszek saw two sets of shoes under the conference room door,” the lawsuit said, referring to Li and the manager, “and then heard a loud commotion coming from the room and then what seemed like a punch, slap, or a strike of a hand.” After Li opened the door to leave the room, Juraszek saw the manager’s “face was red, his eyes glossy.”

The lawsuit also highlights the ethical dilemmas confronting cryptocurrency professionals working on technology touted as value-neutral that can be used to break laws. Hall said he flagged the risks of third parties hosting copyright-infringing content and child pornography, but Sun and Li cared little about his proposal to retain lawyers to review the TRON Foundation’s BitTorrent updates.

The lawsuit is pursuing $15 million in damages and government action against claims of labor law violations, on grounds of wrongful termination, discrimination, emotional distress, and hostile work conditions. A response submitted to the court in December by the TRON Foundation, BitTorrent, Sun, and Li contested the charges’ motivations, jurisdiction, and factual substance.

In a statement from a spokesperson, Sun and Li said: “TRON is not able to speak on the details of pending litigation, but what we can tell you is that our customers, employees and the TRON community are extremely important to us.”

After the conference room incident, the manager informed Juraszek that Li schemed to “hold him to impossibly high engineering standards” and boot him from the company for reporting what he observed to human resources, the lawsuit said. Then, Juraszek claimed, unknown users logged in under his work computer’s ID from another location and his emails disappeared.

Hall, who said sabotage also extended to him, claimed Li threatened to fire him if he took a vacation that had already been approved in writing under company policy, instead of canceling the travel without seeking a contractually guaranteed reimbursement.

Choosing to go on it anyway, Hall upon his return was demoted by Li, who tried to deter him from documenting their verbal conversations in emails, making such threats as “If you go tighter with me, I will go tighter with you,” “things will end badly for you,” and “I cannot protect you,” according to the lawsuit.

Their eventual firings, they argued, amounted to cases of retaliation and discrimination. The lawsuit, and the complaints to a California employment board that greenlighted it, said the plaintiffs never fared poorly on job evaluations — Juraszek claimed he was even promoted at a higher salary prior to the conflicts — and that mainland Chinese hires came to replace them and other domestic employees. Sun and Li are Chinese nationals.

To Hall and Juraszek, the new recruits from China seemed prone to being steered into behaving less responsively toward American laws and customs than they would have, giving Sun the upper hand to enforce a “9-9-6” Chinese office schedule — 9 A.M. to 9 P.M., 6 days a week — and brush off unlawful BitTorrent material, the lawsuit said.

Juraszek’s own investigation surfaced pirated movies on a BitTorrent website, said the lawsuit, which recalled that even when told about the risks, Sun pushed forward to keep up with deadlines, and that the manager told Juraszek that Li lied to his team about obtaining go-ahead from corporate counsel.

BitTorrent has dealt with recurring copyright lawsuits and law enforcement investigations since it opened at the turn of the century as an environment to freely download books, music, television shows, and movies.

Hall, a product director, lasted seven months until June at the TRON Foundation and BitTorrent. Juraszek, a software engineer, started in February and ended in August.

Neither Juraszek nor the lawyers for either side answered requests for comment by press time. Hall declined to comment.

The court case throws Sun deeper into the fray of mounting scrutiny over his cryptocurrency businesses.

Well in advance of the TRON cryptocurrency’s circulation, traders uncovered paragraphs in the TRON whitepaper — a document laying out its blockchain model — that had been lifted verbatim from other cryptocurrency whitepapers. Sun chalked it up to unknowing volunteers with purported translation difficulties.

Zhiqiang Chen, TRON Foundation’s first CTO who left to spin up a TRON competitor, would find himself in May denying Sun’s accusations that he had been fired for embezzlement, bribery, non-disclosure violations, and trade theft. Sparking the fight was Chen’s now-deleted blog post communicating worries that Sun and the TRON Foundation could override the TRON blockchain.

In the aftermath of the TRON Foundation’s takeover, BitTorrent was plagued with resignations by employees who echoed that Sun exaggerated their technology’s promise and accessed too many TRON nodes, points of power in the TRON blockchain that affect its cryptocurrencies’ prices. Winners of TRON contests and sweepstakes have also faulted Sun for discrepancies in how prizes have been advertised and received.

Jared Tate, creator of the Digibyte virtual currency, DGB, blamed related broadsides he personally lobbed at the TRON Foundation in December as the reason for his token’s delisting on Poloniex, a cryptocurrency exchange Sun bought with a group of investors in the fall.

Most conspicuously, amid reports that the Chinese government had placed him on a travel ban on suspicions of illegal financial dealings, Sun took to Chinese social media network Weibo in July to publicly apologize to Chinese state officials for flaunting his winning $4.6 million bid on a charity lunch with Warren Buffett.

Sun postponed the lunch, but was spotted at a TRON event on the same day. The TRON Foundation, whose official Weibo account was suspended in November during a government crackdown on cryptocurrencies, had claimed he needed to recover from a bout of kidney stones.

Staffed in Beijing and San Francisco, the TRON Foundation is a Singapore non-profit that supports the development of the TRON blockchain and its add-on features: a digital platform for mobile and web utilities such as entertainment, gambling, and gaming that are available in Samsung’s blockchain store, and a network for different cryptocurrencies including bitcoin-dollar peg Tether and TRX, the TRON cryptocurrency.

BitTorrent under TRON’s management facilitates BitTorrent token, BTT, payments to send and receive files or buy faster download times. TRX, traded between less than one cent and twenty cents over the past three years, has fallen from a peak market capitalization of $13 billion to $1 billion today.

Read the full complaint and Tron’s responses below.

How Coronavirus Outbreak in China Could Weigh on Crypto Prices

How Coronavirus Outbreak in China Could Weigh on Crypto Prices