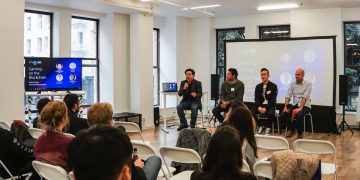 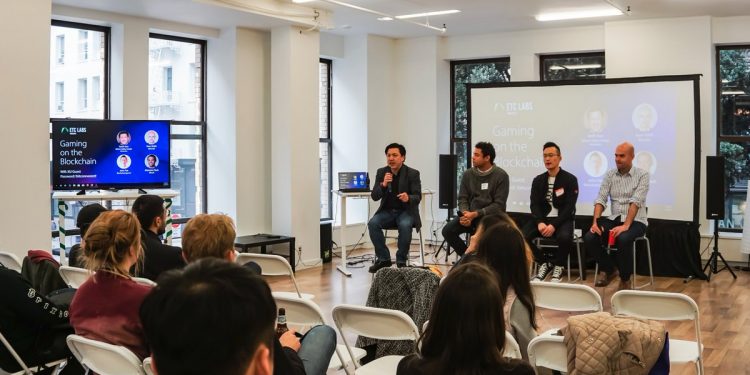 In a public call Thursday, Ethereum classic developers recommitted to releasing a system-wide upgrade, or hard fork, to the blockchain’s main network in September.

After a disagreement in May about the contents of the Atlantis upgrade, developers agreed last Thursday about the 10 Ethereum Improvement Proposals (EIPs) set for inclusion in what will be the blockchain network’s first hard fork in over a year.

Atlantis, paired with a later upgrade called Agharta, is intended to boost chain interoperability between the ethereum classic and ethereum networks. Starting with a bundle of EIPs activated on the ethereum blockchain back in 2017, Atlantis is the first step towards ensuring that the migration of decentralized applications (dapps) from either chain is smooth and seamless.

However, today’s decision to recommit to a hard fork activation date in mid-September was not reached without a fair amount of controversy and debate between developers.

While ethereum classic doesn’t come close to matching the near $30 billion valuation of the ethereum blockchain, it is one of the top 20 performing cryptocurrencies in the world by market capitalization.

The announcement of a July 1 hard fork activation date was reportedly pushed as a result of strong sentiment from miners and cryptocurrency exchanges in Asia wanting to see the Atlantis upgrade sooner than September.

“People in Asia are eager for this hard fork,” said Asia community manager for the Ethereum Classic Cooperative, Christian Xu, during a developer call on Thursday. “In each of our articles, we say that Atlantis will happen on July 1. We did a lot of meetups around cities in China. Even more than 20 cities, we have visited.”

In light of the communication that went out for a July 1 hard fork, ethereum classic developers reached consensus that same day to speed-up testing for the Atlantis upgrade. Given a faster testing timeline, certain community members noted that mainnet activation of the upgrade could also be bumped up and executed a month earlier than originally planned.

However, since then, other community members including Tang and Roy Zou – founder of blockchain research startup Gödel Labs – have accused Xu of falsifying claims about the ethereum classic community in Asia.

“We asked them about Atlantis. We got the normal ‘don’t care’ response,” Tang told CoinDesk. “But several exchanges/miners also said that they’re not aware of this before. That makes me feel suspicious.”

Both Tang and Zou have insisted there’s no pressure from the ethereum classic Asia community to speed up a hard fork activation date, while Xu maintains the support is unrelenting for a faster launch date in August.

Last week, members of Ethereum Classic Labs, including CEO Terry Culver, were resistant to the idea of delaying an August activation of Atlantis.

“I strongly disagree,” Culver said on the call last Thursday. “We can’t subscribe to that schedule. We stick to the schedule that we originally agreed upon.”

Since then, Culver and the broader Ethereum Classic Labs team have come around to the idea after further discussion with the community. Yesterday, the team released a public blog post to affirm the new hard fork roadmap.

“We look forward to our continued cooperation with the ETC community,” the blog post reads. “ETC Labs will work jointly with all developers and teams to successfully complete the hard fork, making ETC stronger.”

Now, with rough consensus from the entire ethereuem classic community, today’s call affirmed the official “accepted” status of the Atlantis hard fork and its delayed mainnet activation date to mid-September.

“We can move forward with [Atlantis] then and start preparing clients,” concluded soc1c.