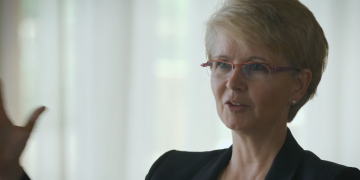 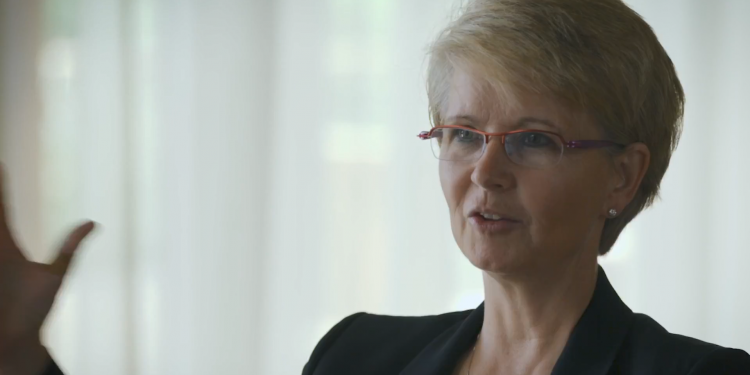 “Can we stop talking about my bad brother?”

That’s how Linda Pawczuk, leader of Deloitte Consulting’s financial services industry blockchain group, describes the conversations she often has these days with executives and board members of client companies.

Pawczuk’s team is squarely focused on helping decades-old, global enterprises figure out how to use distributed ledger technology (DLT) to transform their paper-based business processes for a digital age. But recently, she said, these clients have been asking about the wilder side of blockchain they’ve read about in the news: the initial coin offerings (ICOs) that have incurred the wrath of the Securities and Exchange Commission, for example, or the illicit uses of bitcoin and other cryptocurrencies.

“The boards are asking us about it because it’s in the news for bad actors, and boards are nervous that blockchain is affiliated with bitcoin and altcoins and ICOs, and what do boards do to protect their investors? So it hasn’t helped us, the association with the bad actors.”

Pawczuk wryly added that her team at Deloitte sometimes refers to ICOs as “the donor market,” meaning that the investors are not going to get their money back.

While it’s good that regulators are cracking down, she said, the hype creates a distraction.

“Unfortunately we got those things that create angst,” Pawczuk went on. “I’m invited to the meetings all the time, and I have to explain why they shouldn’t be concerned about the security of information [on a blockchain], explain what is the perspective on bitcoin and the 2,000 altcoins — and we’re explaining this, but we’re like, ‘Can we stop talking about my bad brother? Can we start talking about my brother who is the Olympic champion?’”

That Olympic champion, in her analogy, is DLT.

In a wide-ranging interview, Pawczuk, who took over her team at Deloitte in April after predecessor Eric Piscini left to form a blockchain startup, shared her perspectives on what kind of consortiums work best in getting enterprises to adopt this tech; why she’s queasy about vendors offering free proofs-of-concept; why Deloitte isn’t pursuing any work in the hot stablecoin sector; and whether she sees public chains playing any role at enterprises.

Stepping back, Pawczuk spends most of her time working with what she calls “digital shift” companies — enterprises that “have been existing for hundred of years, some of them, but grew up in traditional process models and decided to migrate to more distributed technologies.”

To rally such companies around DLT, Pawczuk believes, it’s best to use a consortium that has already built a reputation as a neutral party over many years, not one created specifically to develop and promote a technical platform.

She has an example ready: The Institutes RickBlock Alliance, whose formation Pawczuk oversaw in her previous job, when she led Deloitte’s blockchain efforts in the insurance sector for three years. In this case, the focal point was the Institutes, an insurance industry group that’s been around for more than a century.

“The Institutes has for many decades serviced the property and casualty insurance industry, they are non-profit, and it’s a very trusted entity. You don’t have to create trust, and you have membership already,” Pawczuk said.

Using The Institutes to set up RiskBlock, it was easy to sign up 30 insurance companies as members, she said. The blockchain is in production and now the alliance is eyeing expanding beyond North America.

Such structures, Pawczuk argued, have an advantage in that unlike Hyperledger or R3, they are not invested in pushing a particular technology.

So does that mean that, for example, SWIFT, the international financial messaging service that’s been around since the 1970s, would be an ideal vehicle for organizing a blockchain used by banks and corporates?

“Maybe,” Pawczuk said. “They are already the intermediary. They’re already providing the abundance of the capabilities required, including a set of standards, that the industries have already come together to agree to.”

To be fair, RiskBlock is using R3’s Corda platform — but, according to Pawczuk, the project has been blockchain-agnostic from the start and put as its first priority bringing the insurers on board.

A consortium should not be interested in gaining profits out of its membership, Pawczuk said. “When a consortium or an influencer is forming, they are looking for ways to monetize the data, to monetize the service. You can’t be a neutral party and also focus on an economic model that is self-serving. It’s just replacing an intermediary with another intermediary.”

For similar reasons, Pawczuk is skeptical about the practice among some enterprise blockchain vendors of building proofs of concept for free.

“The more interesting story here isn’t the technology, it’s business model disruption and how do we look differently at paradigms,” she said. “So we get a little bit queasy when we hear about all these free proofs of concept that’s being built, because it’s the technology being applied to the solution.”

Rather, the business requirements should determine the technology.

“If you’re building free proofs of concept, but you’re missing the business context around it, like regulatory, AML/KYC, tax and all the other stuff, you really aren’t servicing the client holistically,” Pawczuk went on, without naming names. “Another thing that makes me nervous is proofs-of-concepts being built by students that have never had to coexist in the environment where large high volume transaction systems do exist. Blockchain does not replace all core systems.”

Asked about the recent trend of creating stablecoins, or cryptocurrencies designed to maintain parity with fiat, Pawczuk said Deloitte is not doing any work in the area, and sounded uninterested in pursuing it. (At least one of its competitors among the Big Four, PwC, is advising two separate stablecoin projects.)

But aren’t stablecoins an opportunity for firms whose core competency is auditing, given that these assets are typically backed by fiat in a bank account and investors would want reassurance that the money is there?

Pacwczuk replied that it’s way too soon to go there without regulatory clarity.

“Auditors are going to follow the regulators. Period,” she said. “And the regulators are moving at a respectable pace, because we now we have to figure out something we have never dealt with before: the auditability of decentralized systems.”

But even if Deloitte isn’t pursuing any stablecoin projects, that doesn’t mean its core business is steering clear of crypto. The firm is said to be doing system and organization controls (SOC) audits for a number of crypto custody solutions.

Further, while Deloitte’s blockchain consulting mostly involves permissioned blockchains, rather than the open kind that power cryptocurrencies, Pawczuk believes in the end, industries will need a hybrid of both.

“Let’s look at the insurance model,” she said by way of example. “Let’s say you and I are in a vehicle accident, and you have one carrier, I have another carrier, and carriers can settle, but what about that other guy there that’s called a body shop? He’s not necessarily in the permissioned blockchain, because there are thousands of body shops, but could he be on the public network? So now you have a hybrid structure.”

The key to such a structure will be making sure these systems can talk to each other. “I’m less concerned about the actual DLT layer, I’m more concerned about the interoperable system layer, because there is the whole set of services and middleware that make this whole stack function,” Pawczuk said.

And despite the distractions created by crypto’s turbulence, Pawczuk gave credit to the predecessor of all the blockchain systems being built now, concluding:

“The fact that bitcoin is a real use case landed global appeal, got people to focus on blockchain. We would never be talking about process capabilities like blockchain, and the disruption of blockchain, had it not been for bitcoin.”