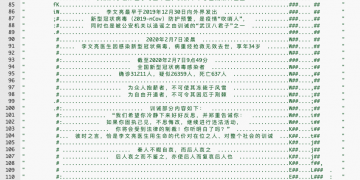 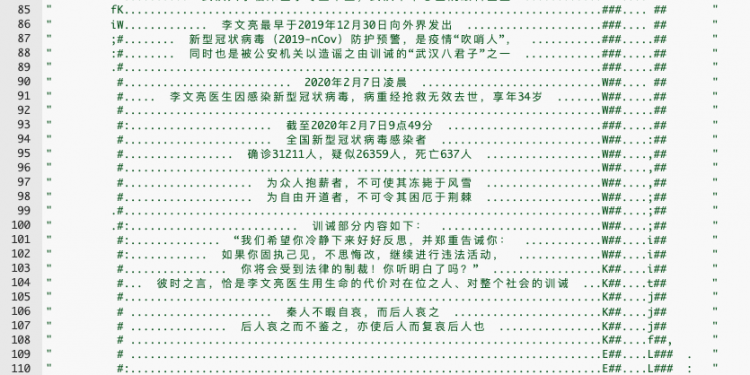 Someone has just created a smart contract on ethereum with source codes in the shape of a monument in memorial of Dr. Li Wenliang, the whistleblower of China’s coronavirus outbreak, who died of the disease.

The source codes of the “Monument” contract, created around 2:30 UTC on Friday, wrote down the biography of Dr. Li in Chinese with a highlighted “R.I.P” and his contribution as a medical expert to alerting others of the danger of the virus as early as Dec. 30 – only to be reprimanded by local police later on.

The creation of the smart contract, which now becomes immutable and can’t be censored on a blockchain, comes at a time when Chinese netizens are showing widespread sadness and furor on messaging application WeChat and social media Weibo.

Within minutes, it was dropped to the 7th position and now it is no longer on the list even though the hashtag #Dr. Li Wenliang passed away# has so far got 1 billion views with over 1 million discussions on the social media.

Meanwhile, another hashtag – #Wuhan government owes an apology to Dr. Li# in Chinese – has been restricted. Searching for this hashtag on Weibo now leads to no results, although it was accessible on Thursday night immediately following Li’s death.

Li, a doctor at a hospital in Wuhan, the epicenter of the coronavirus outbreak, was one of the eight people who sent out early warnings on WeChat to fellow medics about the seriousness of the disease before the local authority informed the public that the disease is contagious.

He was immediately silenced and reprimanded by local police for sending ”false information.“ But Li contracted the virus while treating patient at Wuhan Central Hospital and died of the disease after efforts to treat him failed.