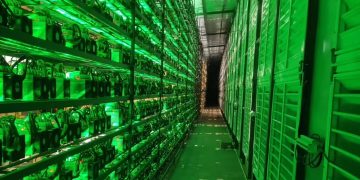 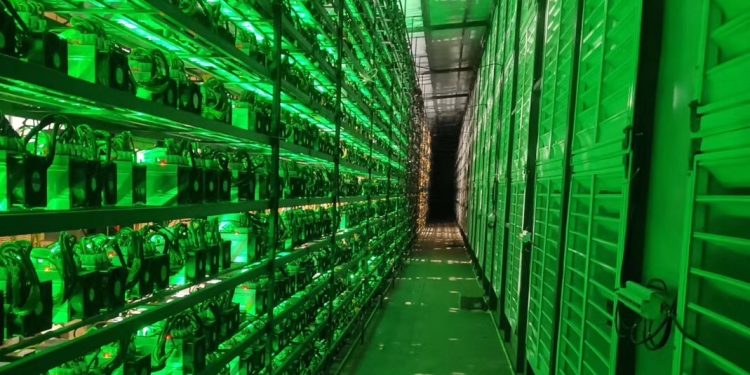 The average hashing power on bitcoin (BTC) over the past seven days has reached a new high of around 117.5 exahashes per second (EH/s), up 5.4 percent from where it stagnated for a month beginning Jan. 28, according to data from PoolIn, which, along side with F2pool, are currently the two largest bitcoin mining pools.

Data from BTC.com further estimates bitcoin’s mining difficulty, a measure of competitiveness in the field, will increase by 2.15 percent when it adjusts itself in about five days thanks to the increased hashing power in the current period.

The growth comes as major Chinese miner manufacturers have gradually resumed shipments over the past one to two weeks. The coronavirus outbreak had forced many businesses across the country to extend the Chinese New York holiday since the end of January.

Shenzhen-based MicroBT, maker of the WhatsMiner, said it has gradually resumed business and shipments since mid-February, and noted that more mining farm locations are accessible than a month ago.

MicroBT and Bitmain are now locked in a neck-and-neck race to roll out top-of-the-line equipment ahead of bitcoin’s halving in May. The third halving in the cryptocurrency’s 11-year history will reduce the amount of new bitcoin added to the network with each block (every 10 minutes or so) from 12.5 to 6.25.

Adding to the competition, Hangzhou-based Canaan Creative also announced the launch of its latest Avalon 1066 Pro model on Feb. 28, boasting a computing power of 50 terahashes per second (TH/s). The firm has also gradually resumed businesses since mid-February.

However, to be sure, this does not mean these mining equipment manufacturers have fully resumed to the same production and delivery capacity as it was prior to the virus outbreak.

Charles Chao Yu, chief operating officer of F2pool, said manufacturers’ production and logistic capacity have not yet fully recovered. “There are still many farm locations that won’t allow in maintenance teams,” he said.

And as major manufacturers have already launched more powerful new equipment like Bitmain’s AntMiner S19 and MicroBT’s WhatsMiner M30, “they won’t place a lot of new chip orders for older models,” Yu said. “As such, there won’t be too many additional AntMiner S17 or WhatsMiner M20 series hitting the market.”

Yu expects bitcoin’s hash rate may go up to at most 130 EH/s in the next two months before bitcoin’s halving, which would be another roughly 10 percent jump from now.

“It’s unlikely to see large scale deployment of M30S and S19 machines before June/July,” Heller said. “It’s also yet to be seen how the impact of COVID-19 in South Korea will impact the supply chain of WhatsMiner’s new machines, as they get the chips from Samsung, whereas Bitmain gets chips from TSMC in Taiwan.”

He said the coronavirus outbreak has already disrupted many large farms’ plan to scale up facilities before the Chinese New Year. As such, they are now taking a more cautious approach leading to May.

While the growth rate of hashing power may appear anemic, it nonetheless implies that about 5 EH/s in computing power has plugged into the bitcoin network over the past week.

BTC.com’s data shows bitcoin’s 14-day average hash rate reached 110 EH/s for the first time on Jan. 28 but generally stayed at that level for the next four weeks even though bitcoin’s price enjoyed a short-term jump during that period.

Based on quotes for various mining equipment posted by several distributors on WeChat seen by CoinDesk, most of the latest and more powerful machines made by Chinese manufacturers are priced between $20 to $30 per terahash.

That could mean additional computing power worth $100 million has come online in the past week, even using the lower end of that range. (one exahash = one million terahashes)

The mining activity growth also comes as the coronavirus situation in China has improved compared to late January, although overall economic activity has not yet fully returned to its level prior to the outbreak.

According to a report from news outlet Caixin, as of Monday, 19 Chinese provinces, including Zhejiang and Guangdong, where Canaan and MicroBT, respectively, are based, have lowered the emergency response level from Level One (very significant) to Level Two (significant).

Meanwhile, big cities such as Beijing and Shanghai are maintaining the response level at “very significant” but more companies have gradually returned to business in the last two weeks.