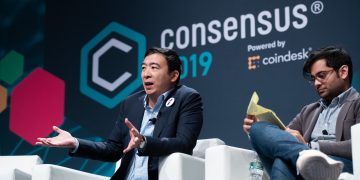 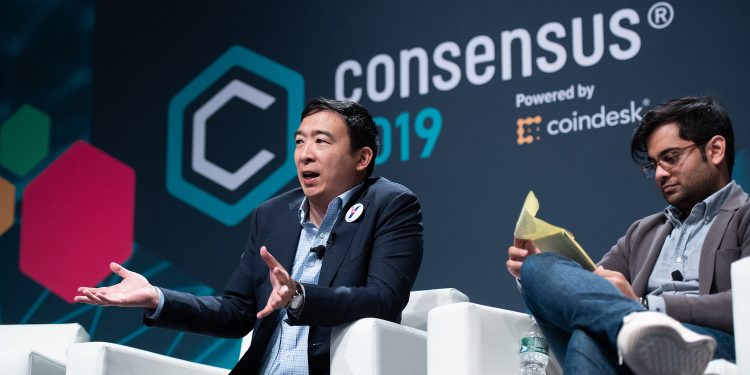 Democratic presidential hopeful Andrew Yang said the US needs a consistent legal framework for cryptocurrencies if it is to be a market leader.

Speaking to Bloomberg on Thursday, Yang said the current regulatory situation was confusing and potentially harmful to individuals and businesses working in the space. “Right now we’re stuck with this hodgepodge of state-by-state treatments and it’s bad for everybody. It’s bad for innovators who want to invest in the space,” he said.

“The underlying technology of cryptocurrencies is very, very high potential and we should be investing in it,” Yang continued. “We need to have a uniform set of rules and regulations around cryptocurrency use nationwide.”

The U.S., as a country, does not have a clear legal framework for cryptocurrencies. While some states, such as New York, have created a licensing framework for crypto businesses, most regulators rely on a combination of decades-old judicial precedents, international conventions and occasional guidance from federal regulators.

The Securities and Exchange Commission (SEC) has classified all initial coin offerings (ICOs), regardless of token’s nature, as securities sales based on a precedent from a 1940s ruling over a Floridian orange farmer. Despite issuing updated guidance for cryptocurrencies last year, legal experts have criticized the regulator for underspecifying key areas, such as failing to define what an “active participant” in a token sale really is.

The regulatory status quo has also created conflicting guidance. In 2018, the Financial Crimes Enforcement Network (FinCEN) published a letter stating that token issuers were money transmitters and required to comply with existing regulation. The letter came days after a court backed the Commodity Futures Trading Commission’s (CFTC) definition that cryptocurrencies were, in fact, commodities.

Yang’s campaign has run on a pro-technology ticket and he is the only candidate so far to have an official policy on cryptocurrency. He has repeatedly advocated for a clear U.S. policy on cryptocurrencies and if elected said he would introduce “clear guidelines in the digital asset world so that businesses and individuals can invest and innovate in the area without fear of a regulatory shift.”

During his Bloomberg interview, Yang said people will continue to use cryptocurrencies regardless of whether they were regulated or not. Attempts at a ban would simply force cryptos underground. “You couldn’t impede it with regulation if you tried,” he said.

What the U.S. needs is “clear and transparent rules so that everyone knows where they can head in the future and we can maintain competitiveness,” according to Yang.

Back in November, the creator of the New York BitLicense, Benjamin Lawsky, said the U.S. had lost its lead in the technology, allowing other countries to move ahead. He recommended U.S. regulators look to Singapore and how they have begun regulating cryptocurrencies, describing it as effective regulation enabling promising startups to grow.