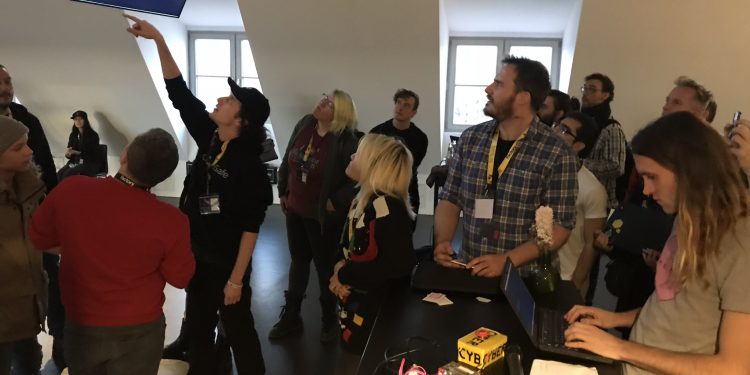 A highly anticipated upgrade to ethereum is gearing up for its first dry run, and the test network of choice will be an unfamiliar name to many.

Launched today, the Görli blockchain will be the proving ground for Prysm, software created by Prysmatic Labs that will feature the first of three phases of deployment of the upgrade, often referred to as ethereum 2.0 or Serenity. As such, Görli represents a small step on the long road to solving ethereum’s well-known scaling challenges.

Görli is described on the official website as “the first proof-of-authority cross-client testnet, synching Parity Ethereum, Geth, Nethermind, Pantheon, and EthereumJS.” The website adds that the testnet “is a community-based project, completely open-source” that has been in the works since September.

“The vision of the Görli testnet is to enable developers for building applications on a reliable, high available testing network without restricting them in the tools they can use.”

And though the community-driven ethos surrounding the creation of Görli is important, Preston Van Loon, co-founder and technical lead of Prysmatic Labs, admitted that there is a different reason why it decided to launch Prysm on this particular test network.

Creating a formal Github request about two weeks prior to Görli’s launch, developers at Prysmatic Labs jumped at the opportunity to secure a fixed amount of GöETH – the native currency of the Görli network.

“Using Görli is beneficial because they haven’t started yet so we can ask for a really large amount of tokens in their genesis file. I’ve asked them for 10 million which is representative of what we might actually need to start ethereum 2.0,” said Van Loon. “It’s like the initial value for launching the test network … We’ll start at block zero with this amount and move on from there.”

Adding that it would be exceedingly difficult to secure this amount of tokens on a test network mid-chain, Van Loon elaborated:

“I wanted to get enough that we can get a realistic simulation …. and it will be really hard to do this later – to ask for that amount – [after] they launch.”

Still, even in the blockchain space, nothing is achieved without a little give-and-take.

In talks with members of the Görli team about this initial deposit of GöETH, Van Loon said that in exchange, Prysmatic Labs has agreed to run a node that will connect to and support validation of the Görli testnet.

“We’ve volunteered to run a node for them in exchange for this and so we’re helping each other out in that sense and we’re totally happy to do that … The talks have been so far [about] can we work together, can we support you and you’ll support us kind of thing,” said Van Loon.

Stepping back, Prysm itself will not launch on the new testnet until February or March, Van Loon said.

As explained by ethereum core developer Justin Drake during an “Ask Me Anything” Reddit forum last week, the full Serenity upgrade is envisioned to be rolled out piecemeal onto the main ethereum blockchain.

Phase zero – the one that will be tested by Prysmatic Labs – will include, among other features, a beacon chain, or a proof-of-stake (PoS) blockchain functioning as the “heartbeat” of the new ethereum network, as ethereum founder Vitalik Buterin put it on a Reddit thread.

As a caveat, Van Loon told CoinDesk the release would not be “a 100 percent complete phase zero implementation,” explaining that validators do not stand to lose their staked ether if they misbehave.

“When our test net launches, it’s going to be making assumptions that everybody is honest. So the penalty system I don’t think will be there on the day we launch but that’s not the point yet. That’s going to come later. The point is do these have connectivity and does the chain advance over longer periods of time.”

The other test network

In fact, Prysm will be operating on two test networks.

By staking a set amount of GöETH, users of the Görli network will be able to participate on a separate Prysm test network as “validators.”

As Van Loon explained, these validators are basically the new miners of ethereum 2.0. In phase zero of Serenity, they will either “produce a block as a block producer or attest to newly produced blocks [as] valid and it exists.”

As such, Görli will actually function as the test network to initiate new validators, while a separate test network engineered by Prysmatic Labs and featuring beacon chain technology will monitor the activity and “work” of these transaction validators.

On the latter system, developers will make sure the on-boarding process for new validators, in which they must stake a certain amount of GöETH before being assigned roles to perform, goes smoothly.

While this is a partial “phase zero implementation” excluding key elements of ethereum 2.0 such as sharding which comes in later phases, Van Loon adds that the testnet launch will be useful for a number of other reasons.

For example, he told CoinDesk:

“The purpose of the testnet is to explore connectivity between other [software] clients, so we’re hoping that we’ll launch ours and then another team will launch their test network and we can have ours talking to each other and start finding problems sooner rather than later.”

But perhaps the most important reason Van Loon highlighted is that up until this point ethereum 2.0 had only materialized into proofs-of-concept and demos. A prototype, he said, while “it looks cool and it’s exciting, doesn’t really mean much.”

“We want to give someone who’s interested in this something to play with because when you download a demo you’re talking to yourself … Having this actual representation of a blockchain network is going to be important,” Van Loon said.

Speaking to this though during a developer call about Serenity, ethereum core developer Danny Ryan warned client teams like Prysmatic Labs to first target “your client to speak to other versions of your client.”

“I think demonstrating internal networks within a singular client is more sane,” said Ryan in the call. “And just going to keep you from, one, having to keep the [specifications] from having to harden entirely and, two, there could be a lot of time wasted until we iron out some of these bugs … I would imagine the release today has critical bugs.

Looking ahead, Van Loon added that in terms of continued research and development on ethereum 2.0, ethereum researchers are actually ahead of implementors like Prysmatic Labs and other client teams. The design is almost fully fleshed out, with a first version of the technical guidelines also called specifications for phase zero of Serenity released today.

Now, ethereum 2.0 client builders are racing to catch up, the reverse of an earlier situation where implementors were waiting on the researchers to come up with proposals.