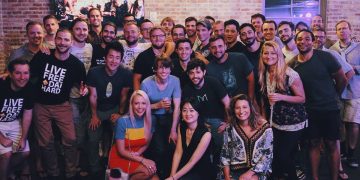 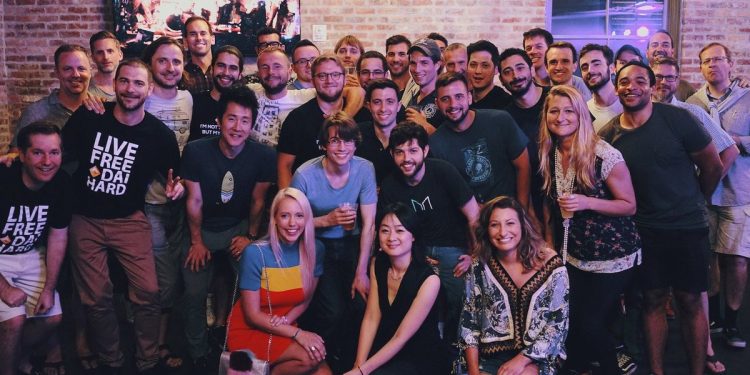 When credit cards give borrowers an unusually good deal, the companies tell cardholders how long that deal is going to last. In the world of crypto, however, that practice hasn’t exactly ported over.

That’s becoming more relevant given recent changes in the market that have created a rise in the number of companies offering loans in cryptocurrency as part of their business model. So far, this includes startups with traditional products (they hold crypto and loan cash) as well as blockchain protocols offering more exotic fare.

The leader in the latter category is undoubtedly MakerDAO, a years-in-the-making protocol built on ethereum that programmatically enables borrowers to take out loans, called collateralized debt positions (CDPs), with code. To date, 2 million ether is locked up in the protocol, and $82 million in DAI, the protocol’s stablecoin, are in the market now, all backed by active loans.

But while investors and developers love to tout MakerDAO as perhaps the best-working example in the evolving field of decentralized finance (DeFi), some borrowers don’t feel as if they’ve gotten as good of a deal.

In fact, the cost of borrowing on MakerDAO has risen rapidly recently and this has been especially painful for those who took out loans in order to make consumer purchases (rather than to make leveraged crypto investments).

Since early February, the cost of the fees associated with these loans has gone from an annual rate of 0.5 percent to 19.5 percent as of this writing. It might not be done rising either.

Less discussed is how that affects everyone using the platform, as rates on loans originated at the lower rate rise when the protocol’s fees are adjusted (a process controlled by the owners of another token, MKR).

Inside MakerDAO, this cost is referred to as the “stability fee,” though in practice it’s known by a much more familiar term: interest. The fee reflects the interest on debt lent out against cryptocurrency collateral.

That interest started too low and rose too high to serve consumer use cases in the opinion of one borrower, named Walter, who spoke to CoinDesk on the condition that we not use his full name. He wrote CoinDesk in an email:

“I believe that MakerDao was aware that in order to defend the stability of their coin the interest rates would have to vary wildly and as such it would be impossible for them to support real use cases. It was their responsibility to warn users that their loans are NOT suited for real-world use cases, and they might end up trapping users in the rates we see now.”

MakerDAO representatives did not answer questions or provide a formal statement as of press time.

It’s not the fact that MakerDAO’s interest rates changed, so much as how fast it all happened.

Walter borrowed on MakerDAO as a crypto believer since 2017. He saw this post in January about a MakerDAO user who refinanced $50,000 worth of his mortgage using a CDP, dropping the interest rate on that portion of his debt from 4 percent to 0.5 percent.

Convinced, Walter told CoinDesk he took out 58,500 in DAI to pay off an auto loan and fund a personal event. He took out several tranches over the course of January, when rates were at their lowest.

“Borrowing using my ETH looked like a safe solution to saving money and retaining ownership of my ETH, but there was no clear indication and no warning how quickly and how steep rates can come back.”

With ETH prices frequently dropping, the loan is constantly in danger of being liquidated, which would eliminate his debt but also cost him what has become a much higher interest payment plus the liquidation penalty (13 percent of his principal).

Now, those low rates look like a way the project ensnared early users. Walter doesn’t see the increases as malicious, but it doesn’t matter. “What matters is, in the end, you end up in a loan shark situation,” he said.

Another borrower who spoke to CoinDesk, named Josh, said that he took about $20,000 to take a break from working in the technology industry and travel in Eastern Europe. Again, he had to make the choice between taking out a traditional consumer loan or using MakerDAO.

“Getting consumer credit, I’d be getting something like 10 or 15 percent through a bank,” Josh told CoinDesk.

In that case, MakerDAO seemed like a natural choice.

“My expectation was: Maybe it will go a bit up, but it’s [now] like a 40-fold increase. I don’t think anyone would expect that,” he said.

Again, Josh told us that he understood the rates could be variable but didn’t expect they could make a dramatic spike. Now he’s paying more than he would have if he’d simply gone the traditional banking route.

With an extremely well-capitalized CDP, Josh is unlikely to face liquidation. That said, he does expect to cut his time off short and take a job again sooner than he had planned.

“It was like: let’s liberate from the banks and all this shit and now we’re in the same situation.”

According to Walter, the two borrowers are not alone. He told CoinDesk that he’s in touch with several more borrowers.

“There’s a bunch of folks that have taken relatively small loans, but for them, they might be quite substantial as a fraction of their income,” Walter said.

What are the rules?

The question now is, do borrowers paying interest to the protocol enjoy any protections, and if so, what are they?

The way laws around lending tend to work in the U.S., Saunders explained, is that the reason for the loan indicates which laws apply, and laws protecting consumers tend to be more restrictive than laws protecting people leveraging investments.

“I think there is at least an argument that Truth in Lending or at least margin account rules would apply to these transactions,” Saunders argued. The Truth in Lending Act governs disclosures to consumers about the cost of different kinds of financial products. It’s difficult to make broad statements about a financial product used in many different ways, from the perspective of U.S. law.

On MakerDAO, people use it both as consumers and as investors. No one can say for sure how much of either kind of lending goes on because no one needs to provide that kind of information.

That openness speaks to MakerDAO’s origins in the early days of ethereum, when creators were more interested in what was possible than what was permitted. Which may explain why one borrower was able to cheerfully take out a loan late last year despite not being 18 years old yet.

Still, MakerDAO’s easy access days could be numbered. At Austin’s SXSW in March, U.S. Securities and Exchange Commission’s Valerie Szczepanik, the agency’s point person on crypto, specifically singled out algorithmic stablecoins as a category that’s very likely to be viewed as a security by her agency.

Saunders noted, “These are obviously new transactions and we are going to have some healthy litigation over it.”

Florincoin – the 2014 Altcoin You Don't Remember – Is Attracting Real Users